So a long overdue update on the BMW it’s just over 3 years since the last full update, I’ve covered another 14,000 miles, and as I picked her up on the 7th May 2011, I’ve now also owner her for 6 years, which is the longest I’ve ever owned a car. This has been made easier by the fact she’s probably almost as good today as when I got her. OK there’s probably a bit more corrosion in a few places, she is 20 this year after all, but she’s just passed this years MoT without a single advisory, still starts first time, still very reliable, and the annual servicing is still costing roughly the same each year, so I still feel comfortable in the fact that I can jump in her tomorrow and just as confidently drive to the south coast (a 600 mile round trip from here) as I would nipping round the corner to the shops. 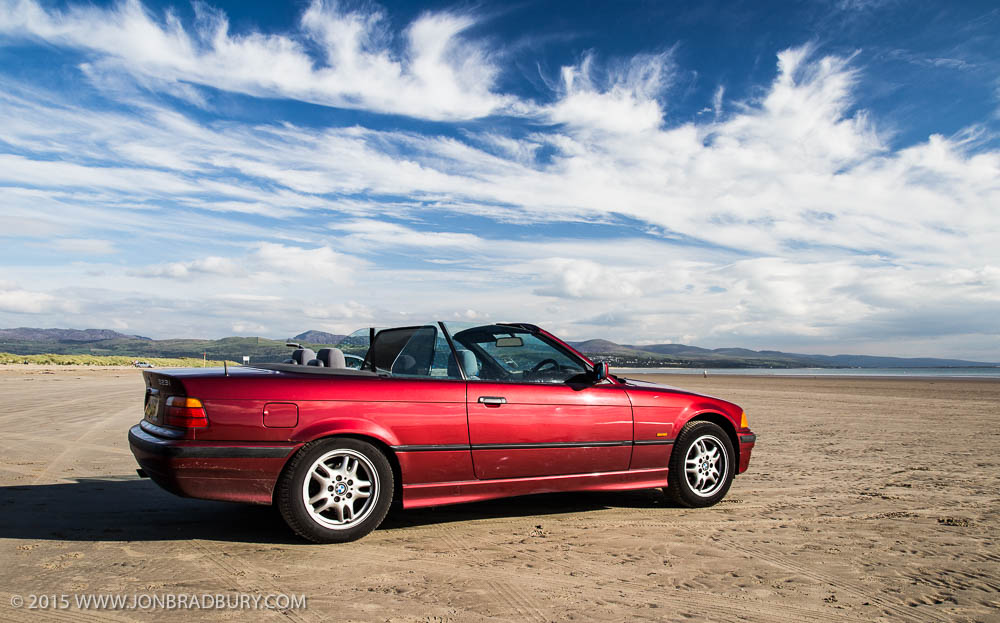 Not that she hasn’t missed a beat, but the closest to a breakdown was a snowy puddle taking out the crankshaft sensor which lead to some rough running, but I managed to limp her home, diagnosed the issue with the code scanner once home, and the garage fixed it the next day.

She’s had a few other bits in the last 14,000 miles, I’ve had to have another set of bottom arms on last year which is annoying as they’ve been averaging 10,000 miles, which is frankly crap, I know Lemförder are on this time, so hoping these last, as evidently entrusting it to two different garages with the instructions “don’t fit the cheap shit” hasn’t. It’s also had a second brake light switch, which is also mildly annoying, but less so as they’re £10 and take 2 minutes to fit. There’s also been a catalytic converter, a steering wheel slip ring, ABS relay (cheaper new from main dealers than used off eBay!), inlet pipe, a rear wheel bearing, & new front pads, and a service or two along the way when indicated by the service indicator, so in the main it’s still all just mileage related service items with just a few minor age related failures. I still don’t think its bad anyway, I use Road Trip on the phone to track car mileage and costs, and servicing & maintenance is still averaging £60 a month over the 6 years, and that’s with most of the work being done by garages not DIY.

Well, having priced the internal roof trim up at over £200 + vat, I identified the little white clip that had sheared off the main section,  set too with some two pack epoxy resin, and it’s been utterly fine ever since. The roof elastic, again this is over £200 for an upgraded part, hasn’t been a major annoyance, but I’ve tried some heavy duty elastic off eBay which cost £10, but it hasn’t done the trick so at some point will have to try plan B, whatever that be. 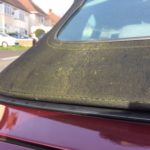 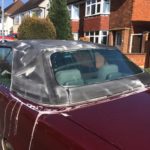 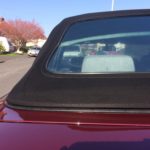 The wet winters & living outside keep sending the roof green, but Renovo & Autoglym cleaning products keep bringing it back to black. I’ve tried various water proofing over the years from Autoglym, 303, Renovo, but this year remembered I basically drive a 130mph tent, so I’m trying Fabsil Gold.  You get 1l of Fabsil for same price as 500ml of the car specific products, I usually (only just) squeeze a roof out of 500ml, so I thought might just get 2 treatments out of the Fabsil. Didn’t quite work out that way, the Fabsil soaked in much easier so the first coat took about 700ml, so the other 300ml went in a second coat, along with a third around the screen where it goes the greenest, so hopefully in the end it’s got much better protection for the same money. Early impressions of the Fabsil are good with water beading & running quickly off the sides.

I’ve also sorted all the rubbers with Auto Glym Rubber Care & Gummi Phlege (no doubt looking rather OCD to the new neighbours with the AG and a toothbrush) as they were getting rather nasty so was letting water in under the tonneau area.

I’ve also got the Renovo rear window cleaning kit, the difference it makes doesn’t really show up in any photos, but every glance in the rear view mirror you’ll swear you’ve had a new screen fitted. I’m afraid I’ve not yet tackled either the odometer or the bit of rust under the boot lid, though it hasn’t got any worse, but I do also need to watch a bit of corrosion on both the drivers front & rear wings now also. 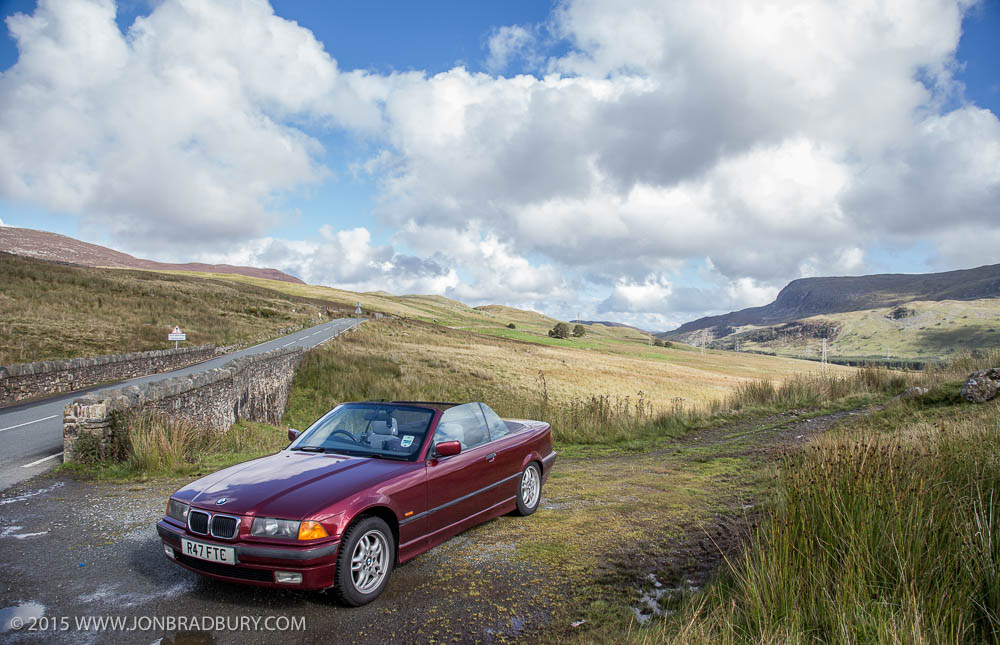 One job I have finally got round to was sorting the wing mirror bases, these have been flaking ever since I bought it, and decided to invest £10 in some paint and give it a go, figuring worst case scenario I could buy another set off a scrapper. Last attempts with a rattle can were over 20 years ago and frankly terrible, but thankfully I’ve picked up a few tips watching my mate who is a pro at this 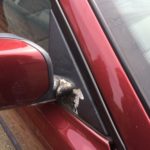 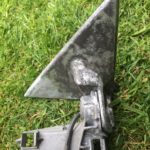 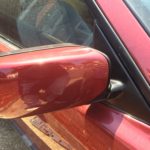 so after a sunny weekend stripping them down, Dremmel’d the loose paint & corrosion, primed, painted, I have to say I’m really pleased with the improvement, and they still look as good 12 months on.

As some followers will know,  I swapped the tyres for the new Michelin CrossClimates, and I did a first impressions review after the first 1000 miles. Based on tyre wear so far I’m reckoning 20k+ fronts, 12-15k rears which is around what I’d expect based on previous tyres. Grip levels when you just want to cover ground quick in the wet are stunning, and dry level grips are ample too, but also, if you just want to be heavy handed with it, turn off the traction control and it’s a bit more slideable on the narrower 205 than it was on the 225s. Before purchasing these, I was a bit concerned that dropping from sports tyres may make the car a compromise too far, but in fact I think the opposite has turned out to be true, and they’re actually making the car a bit more enjoyable.

Typically of course, we really haven’t had any decent snow since I’ve had them fitted, whilst we have had a few snowy days in the peaks, the main routes were cleared before we could get up there, and the side roads were either clear, or full on only a prepped 4×4 is going up there and I wasn’t going to be ‘that’ twat in a BMW, at least not on that occasion anyway. 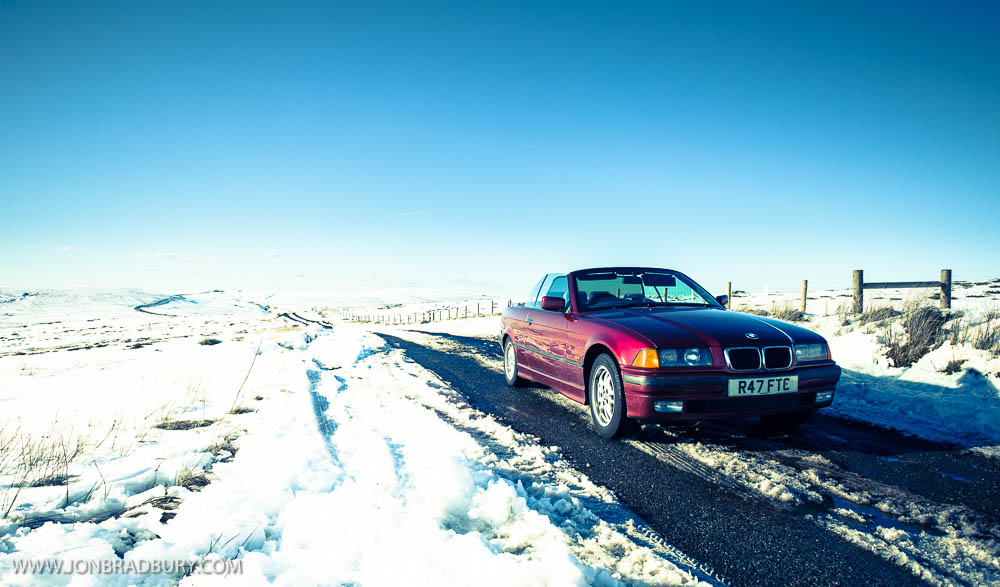 As ever, the more memorable journeys haven’t been the barmy hot days. Getting a Cheshire Cat grin just off the Cat n Fiddle

So whilst still not managed to put the CrossClimates to the test, they do at least make you feel a bit more comfortable heading up the peaks on snowy days that you aren’t going to be thwarted by a single snow flake somewhere.

So that’s it for now, current plans are to wash her, drive her, and carry on enjoying her as BMW intended. 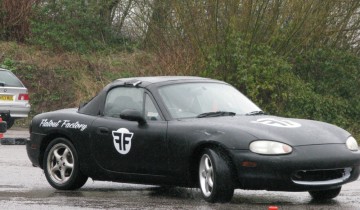 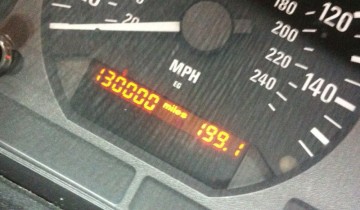 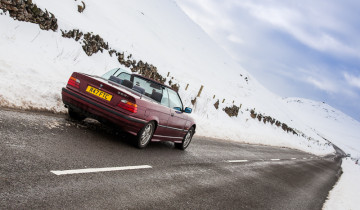