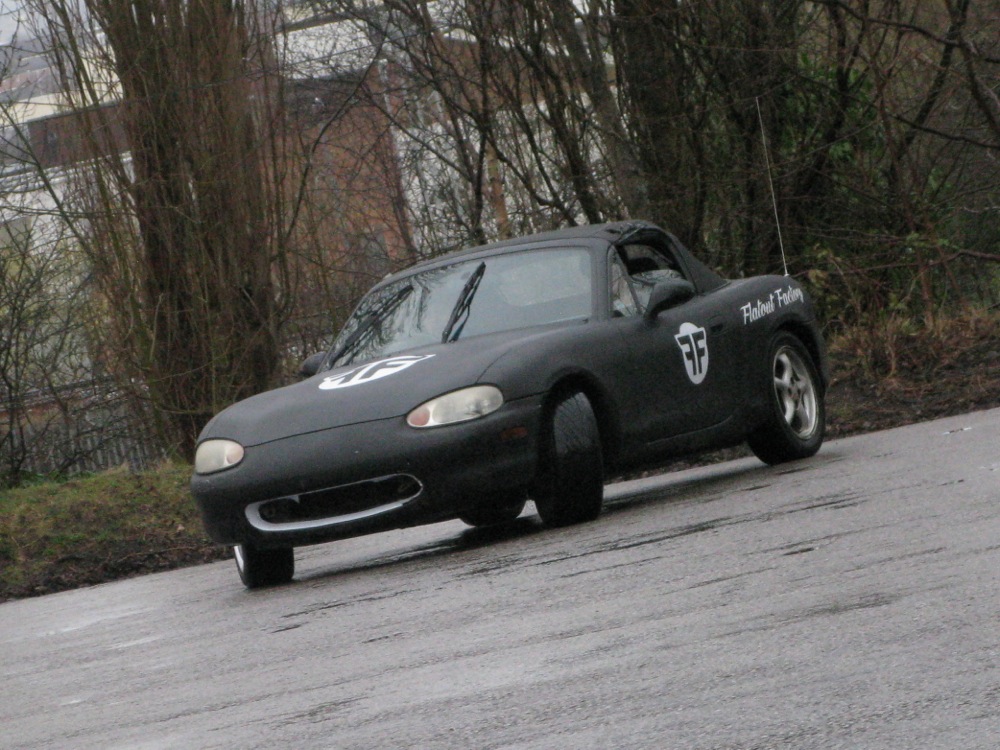 So at the weekend I went to a wet & windy Birmingham to go on a Half Day Drift Experience, to hopefully learn a bit more about  controlling the car on the limit.

Tucked away just outside Birmingham city centre is the “Birmingham Wheels Park” where Mansell no less started his motor racing career, so the site has good provenance.

After a short briefing on safety & the first half of the day, the 10 of were split into 2 groups of 6 & 4, which sounds odd except that 6 were on the shorter “introduction to drifting”, but this allowed the two groups to progress through each aspect at the course at the same pace.

The cars in use were predominately MK2 MX5, with de facto welded diffs, so no huge lairy Clarksonesque AMG smoke billowing power slides today, but the ability to play in a small area, and bring it back under control quickly when you got it wrong, which was regularly. 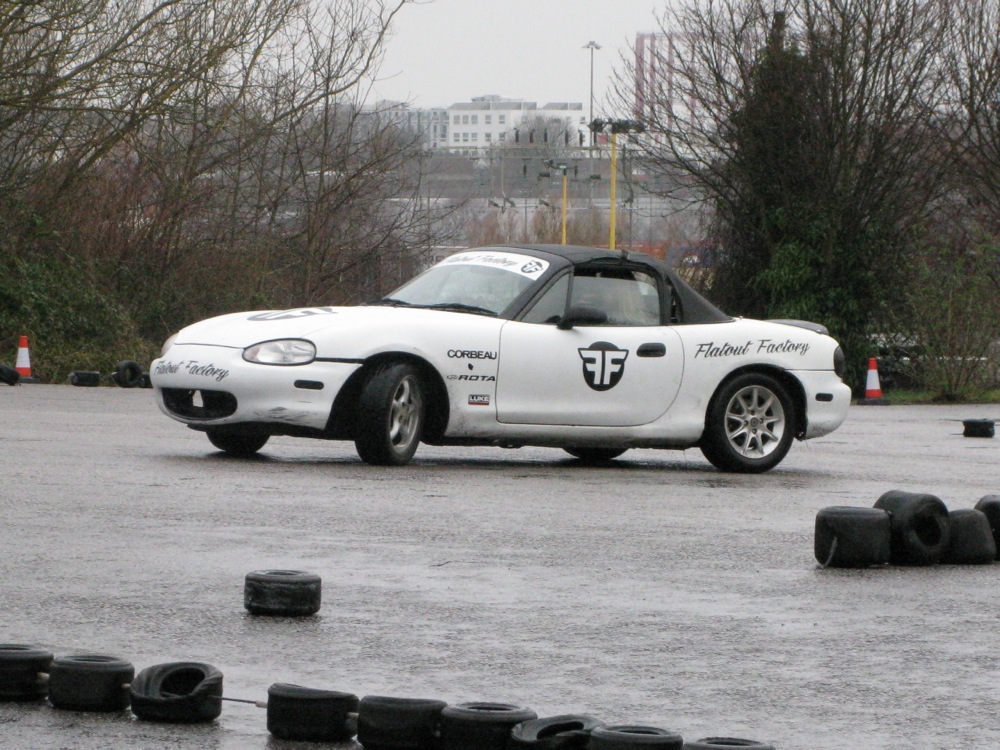 Being the first there, I was the first out to set the bar, the first activity was the “simple” donuts around a tyre. I started really well with a good donut around the tyre on the first go, but after that the bar fell somewhat, and to be honest spent the rest of the session mainly over cooking it then going backwards, but grinning. The trainers were calm & patient though, helping to point out where you’d gone wrong, and helping you to get it right, or at least less wrong. Any fears that the rest of the group would make you look an idiot were soon dispelled, as we all faired pretty much equally, which was a relief as one of the group was the girlfriend of one of the drift trainers, and another lad turned up having just bought a fully track drift prepared stealth bomber Skyline R32, so we were expecting to get mullered to be honest. 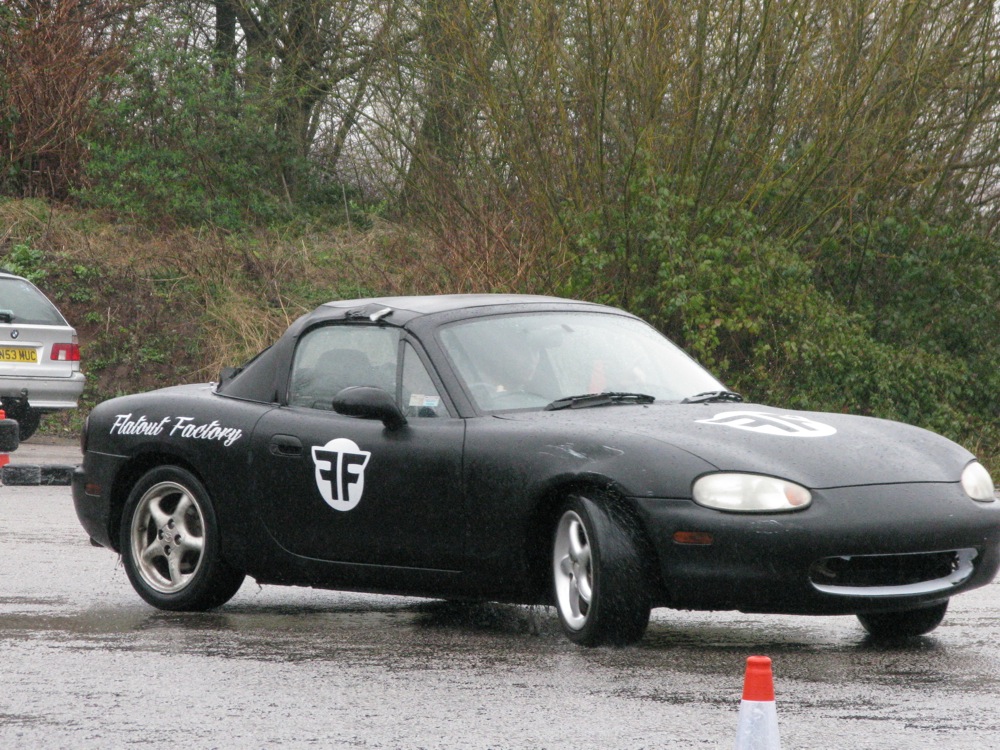 Next up was then taking what we’d learnt in the first session of donuts, and then turning that into a figure of 8 around the tyres, again I utterly fluked a really good figure of 8 on the first go, and I’m not sure if it was I or the trainer that was most enthusiastic about such a great start. Again I didn’t manage to sling another set quite so well together, but thoroughly enjoyed learning & trying.

After these we then moved on to ‘drift initiation’ and a game of drift, where the aim was to hit a cone with the rear right wing of the car as you drifted. As the trainer took us out of the first run, and the pace was suddenly upped, I thought from the passenger seat about whether I should have taken out the £10 damage waiver option, but back in the driving seat these worries went out of the window, and you just got on with enjoying yourself again and trying to get it to drift around the C shaped course. During this I utterly forgot completely about the cone, so came joint 3rd, with everyone else that either failed to hit or just forgot it too. 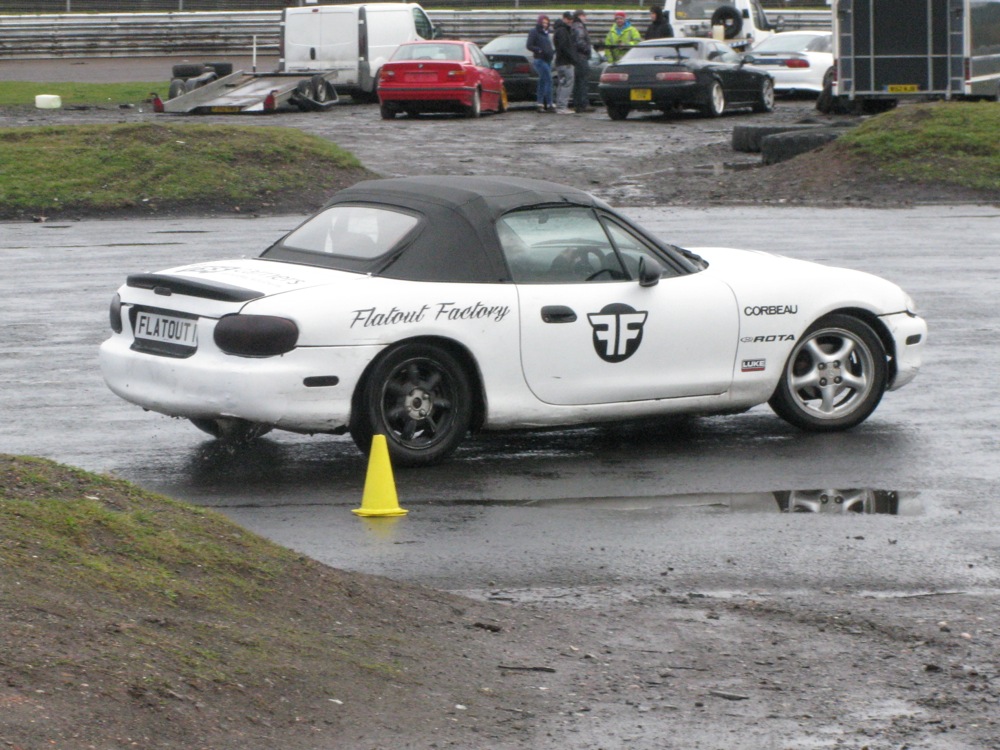 At this point of the day the shorter ‘introduction to drifting’ package group went off for their passenger rides to finish their day, so we carried on with the drift initiations for a while before heading for another 10 minutes in the classroom, before all the boo hisses at the back this was actually quite informative with information on how adjusting the suspension setup (toe, camber, castor) affect how the car is going to handle, and talking about different ways to initiate a drift in the car.

We then headed up to the larger armco surrounded oval course to put some of this in to practice. Fortunately this was in a tarmac’d area in the infield area, giving us room to get the MX5 into 2nd and attempt different ways to get the car drifting. At this point too we could also stop following the structure of the day so much, and actually just work on what you thought your weaknesses were, or what method of drifting you wanted to try, with continued encouragement from the trainers. We then had a break for some passenger laps with the pros, as obviously for safety reasons we couldn’t both be going at the same time, before carrying on in the MX5s again. 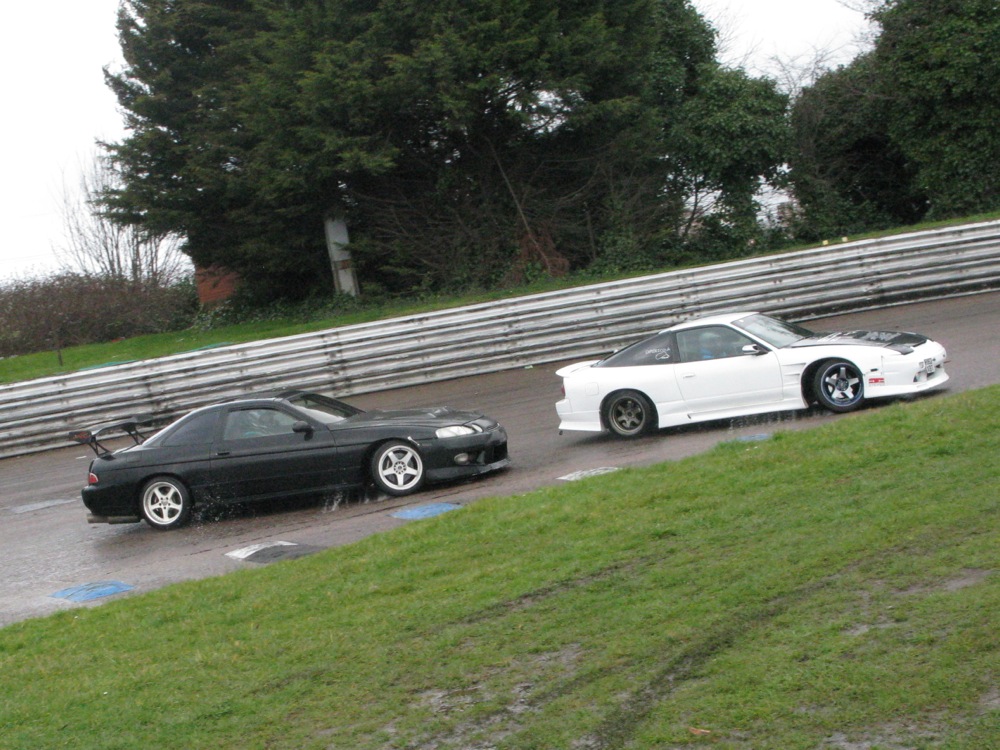 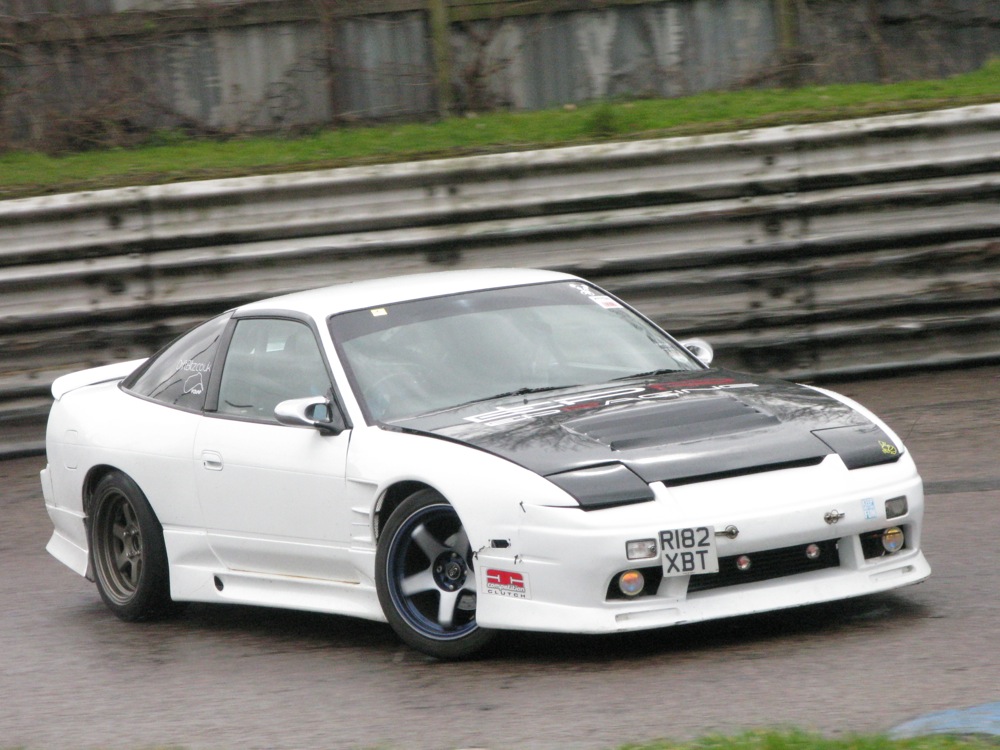 The pros let loose in their own cars were something else, a spectacle from both in & out of the cabin, and a cherry on a great day out bun, so I suspect I’ll be back on the Into The Blue site to book another session soon.

Here’s a little bonus video too from the day, so you can see how badly we did, and why I’m generally a photographer and don’t stick the camera into video mode.