Friday 29th June 2012 saw the huge rumbling Juggernaught of the Olympic Torch Relay roll in to Chesterfield. I nearly didn’t bother going to see it, partly as the whole ticket issue had left a sour taste in the mouth, but also in typical English summer fashion it was pissing it down 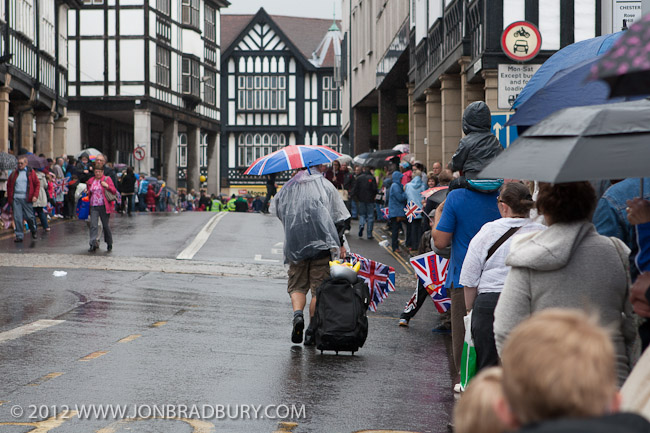 But, it was 100 yards from work, lunchtime, I had little excuse really. An hour early the crowds were already lining the streets and the canny ones had already grabbed sheltered walkway spots along Knifesmith Gate.

But 15 minutes later the sun was out, the flags were out 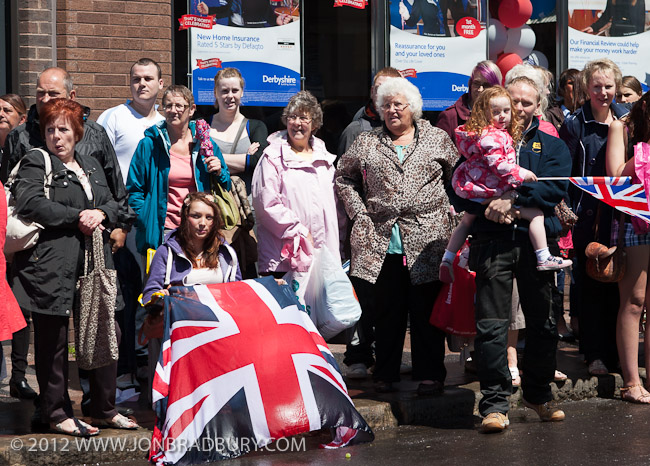 Then the procession slowly started to roll through, there was police 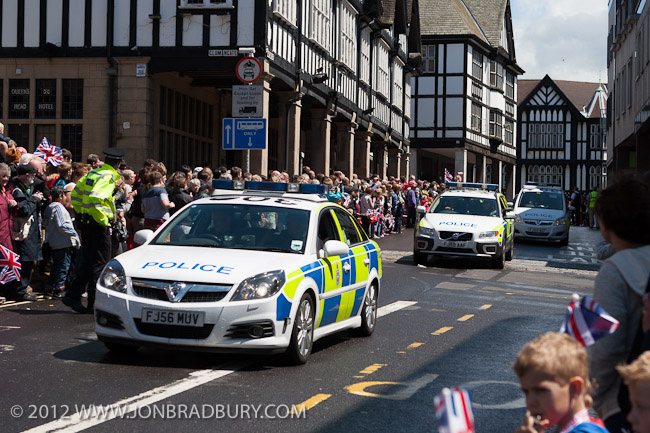 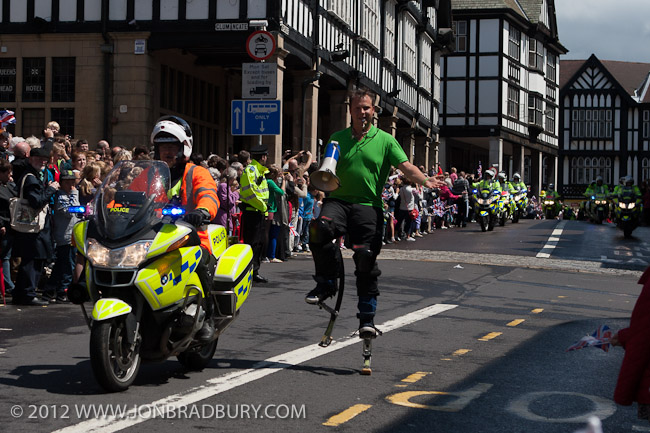 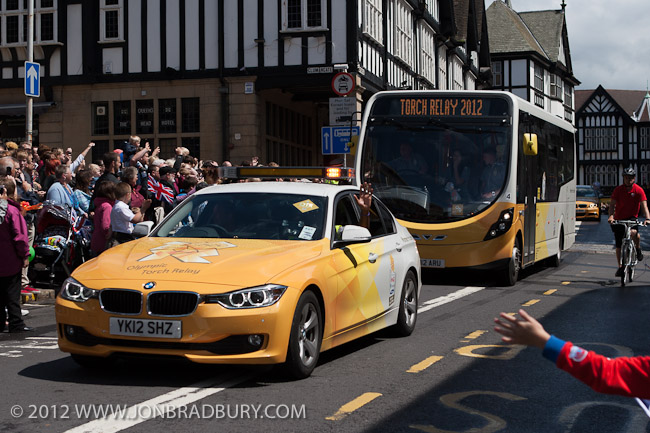 and one behind just in case… 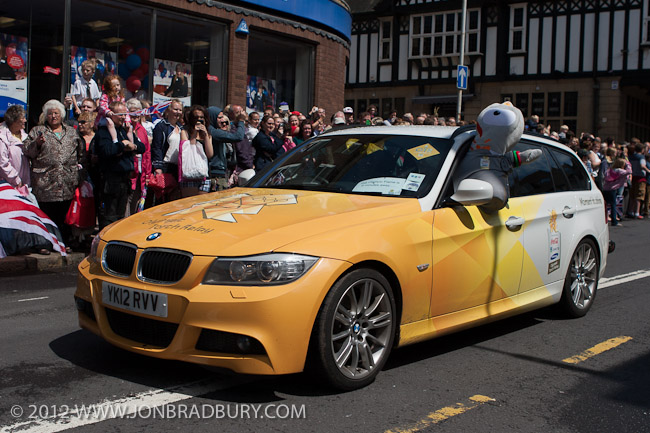 Then the noisy sponsorship juggernaught (all with music & whistles, bit like an 80s rave, but in daylight, no drugs and crap music) 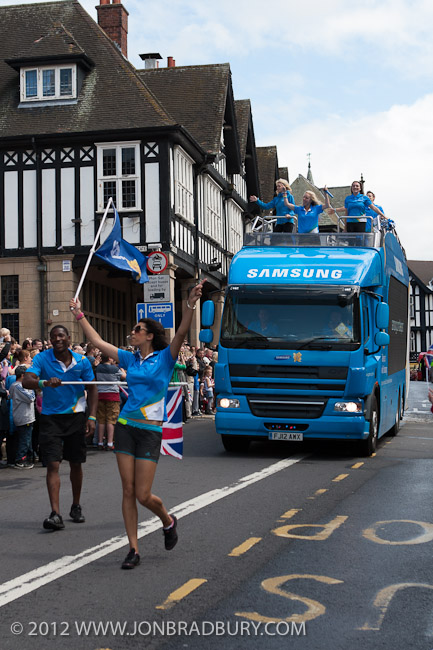 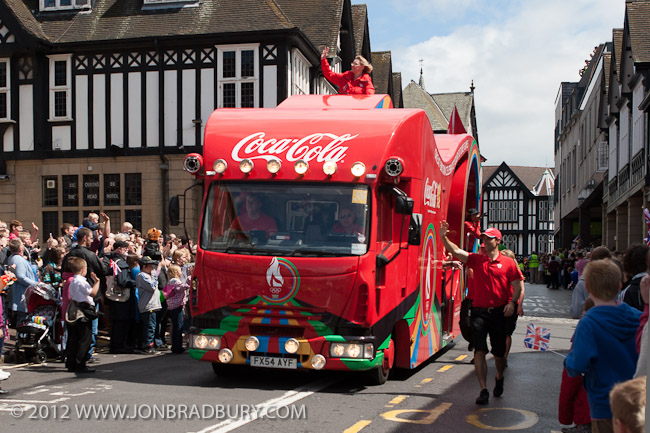 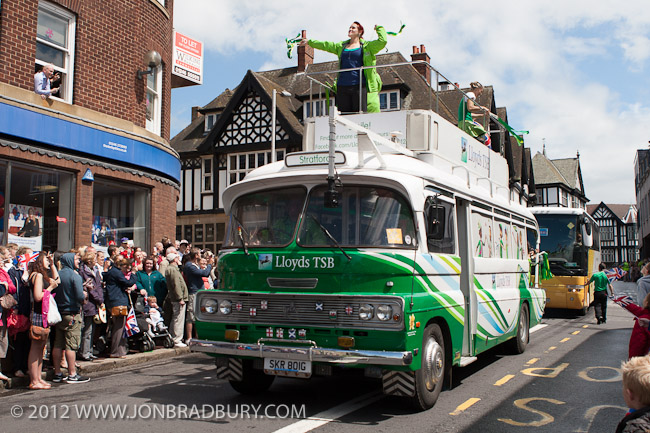 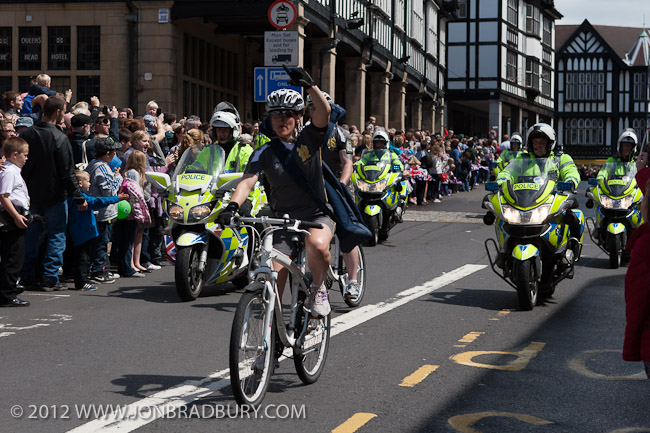 Finally the real deal is coming, the media bus, and will somebody shoot those bloody Lloyds people that keep getting in the way (CPS this is a joke) 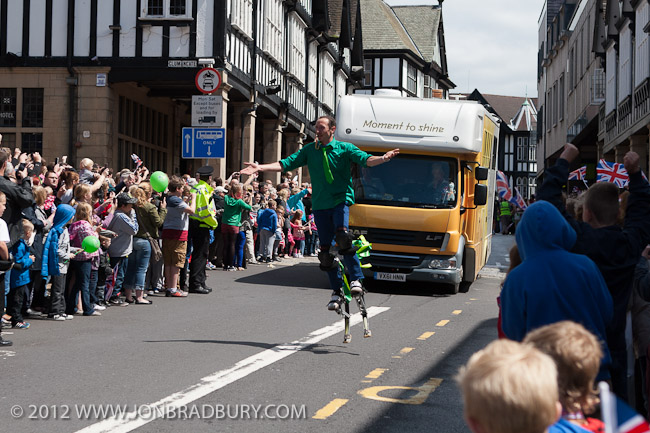 The Queen makes a sneaky appearance 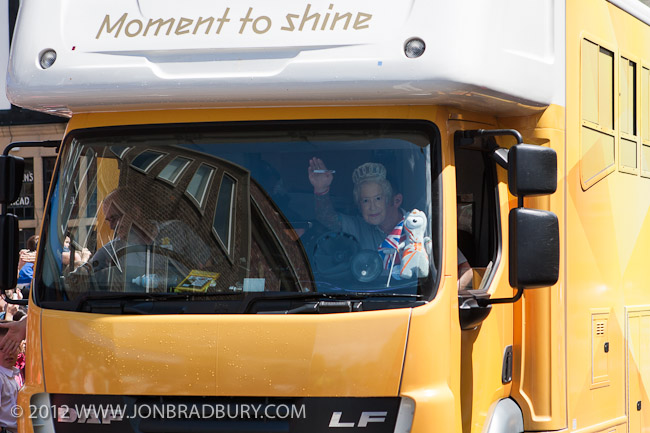 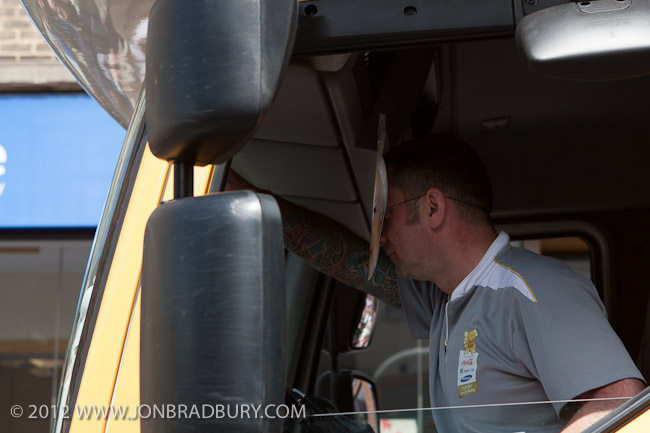 The worlds media (using an iPhone…) 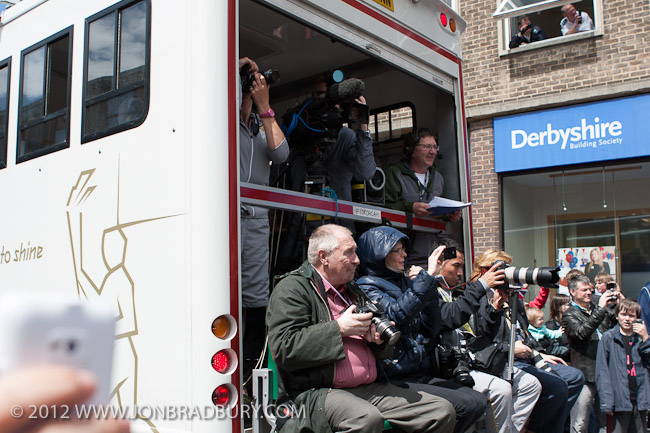 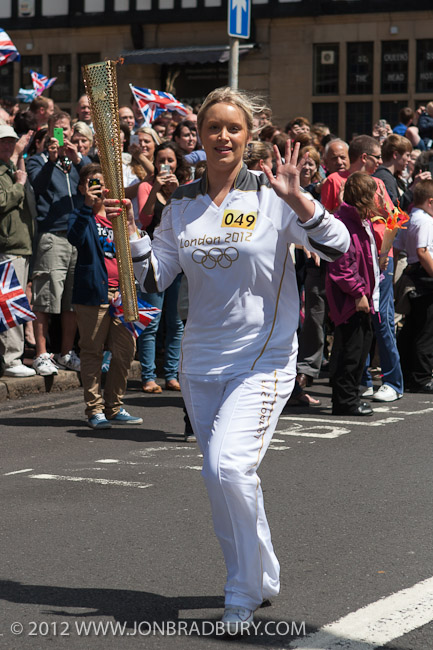 Kate Lord from Derby.
(if the picture looks familiar then it’s because within 20 minutes the BBC & Chesterfield Post had requested the picture for Olympic news stories)

And in a moment it was all over

Besides the police who wanted a final word… 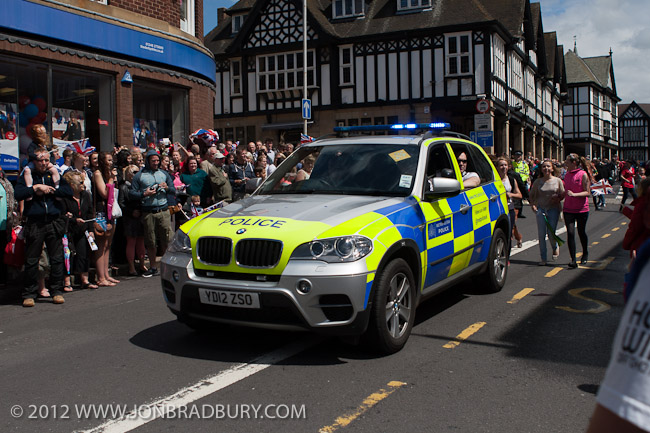